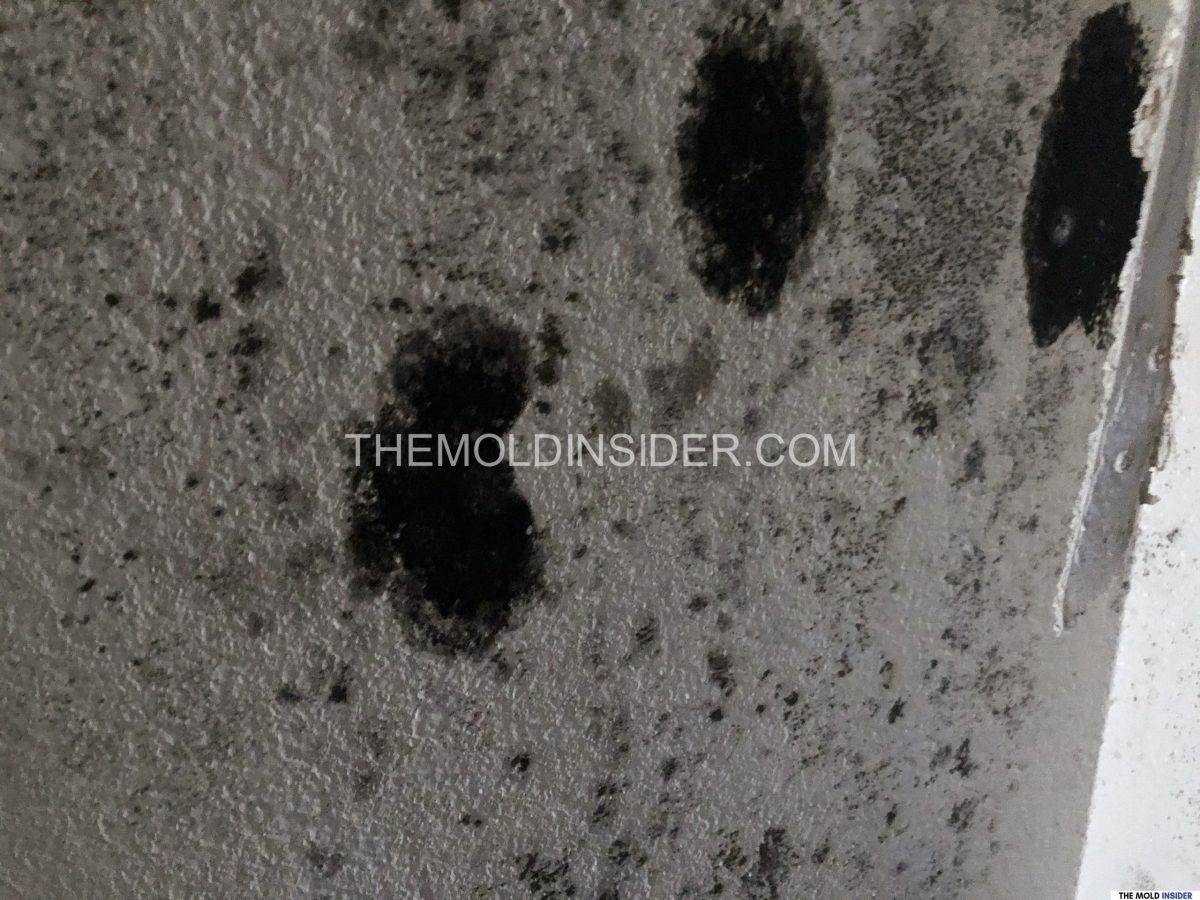 Most people have some idea of what mold is, but when they think about it, or hear someone say the word, their mind pictures something very different from what mold actually is.

If you are like many people, you may know that mold usually grows on food and other organic matter such as fruits and plants.

However, it grows on much more than that.

Mold refers to a group of fungi frequently found growing on food, wet or damp building materials, and elsewhere in our natural environment.(1)

These organisms serve a critical purpose by acting as nature’s recycling machine to break down organic matter.

Outdoors, molds thrive in soil and on vegetation or decaying matter and provides a vital function in our environment.

Indoors mold becomes a problem when it grows on building materials that are exposed to excessive moisture from leaks, high humidity levels, or flooding.

Mold can grow on drywall, cabinets, wood, carpets, furniture, or in your air handler system. Basically, it can grow wherever there is a food source, moisture, and the right environment.

Molds can sometimes be harmful to one’s health if ingested in large doses, depending on the type of mold, how much one has ingested, and the overall health of a person who may have been exposed.

Infants, older individuals, and people with weakened immune system are the most susceptible to having some reaction when exposed to mold.

Indoor molds are usually not dangerous and will only become harmful when they begin to grow and cover everything nearby, or if and individual in the home has an allergy to them.

They are not always harmful or damaging; some species are used in the processing of foods such as soy sauce, cheese, food coloring, and red wine (University of Sydney, 2004).

Likewise, some species are used in the medical field to create antibiotics such as Penicillin, which is derived from the mold Penicillium (National Institute of Health).

How does mold grow?

Molds (moulds) are classified as members of the kingdom fungi and are microscopic.

These plant-like organisms are composed of long filaments or strands called hyphae. The hyphae of the mold can grow on virtually any surface and inside any organic or cellulose-based material.

The primary purpose of the hyphae is to absorb nutrients in order to promote growth. Molds are related to mushrooms and other forms of toadstools.

However, they are somewhat different in their construction, in that their filaments do not group into large, fruiting bodies.

Mold growing on the surfaces of materials can be observed in the form of discoloration or stain, in many cases, green, white, brown, reddish, or black, or a range of many other colors.

When a mold colony begins to grow, and the hyphae are present in large numbers, they can be seen by the naked eye. At this stage, the molds form a furry like vegetative mass called the mycelium.

For instance, when looking at a moldy piece of bread, that furry, feathery like mass is the mycelium. Similarly, mycelia can be observed growing on personal items or building materials.

The hyphae mass that produces the mycelia is observed most frequently growing in moist and nutrient-rich areas of homes and indoor environments.

When a moisture issue like a leak is left unattended in a home, the mycelia continues to grow and expand, causing decay to the material on which it grows.

Molds naturally grow in the environment, and they reproduce and spread by releasing spores in the air.

The mold spores are aerodynamic and can be carried by wind currents to a suitable place in which they can grow.

Mold spores are like seeds and need optimum conditions to germinate and grow. However, unlike a typical plant seed, mold spores are simple structures that contain no reproductive capabilities directly.

The typical lifecycle of a mold spore can be broken down into the following stages:

Starting with the mold spore

1.      The mold spore lands on a suitable material that has a moisture source.

3.      The Hyphae starts to absorb nutrients from the material.

6.      New spores are released into the air naturally, by air movement, or when disturbed.

To find mold growing indoors there must be (1) a food source such as drywall, wood, paper, (2) moisture from water leaks, flooding, or high humidity, and (3) the conditions need to be right.

The ideal temperature range for mold to grow is between 40-100 degrees.

Keep in mind that different molds thrive in different temperatures, some are more prevalent during colder months while others prefer warmer climates.

Once you begin to see mold growing on your walls, it’s already a sign that there is either a moisture problem in the home, your air conditioning system is not functioning correctly, or you have an insulation issue.

Another essential characteristic of molds is its ability to produce Microbial Volatile Organic Compounds (MVOCs), which are forms of gases.

MVOCs are exhibited in the form of a musty or earthy odor produced during different stages of the mold’s development cycle. This odor can be detected in homes with active mold growth and can be a sign of mold infestation.

MVOCs are relevant in the indoor setting because their presence is often an indication of mold growth and the potential health effects that are presumed to be caused by these compounds.

Molds (Fungi) survive or dominate in an environment by releasing toxic chemicals like MVOCs.

These chemicals are designed to inhibit or kill the other species of molds they encounter. At the microscopic level, MVOCs can disrupt the cellular activities (such as DNA and protein synthesis) of other molds and fungi.

What Can Mold Do To You And its Potential Health Effects

In indoor environments, prolonged exposure to MVOCs released by some molds has been blamed for respiratory ailments, hay fever symptoms, headaches, nasal irritation, dizziness, and fatigue.

Evidence to back claims of adverse health effects from mold exposure is lacking, which means other factors should be taken into consideration.

Other factors might include viral and bacterial microorganisms encountered in water-damaged structures. Some studies have attempted to uncover the direct effects of human exposure to MVOCs.

However, no scientific study has been able to prove the connection between concentrations of MVOCs and adverse health effects in humans (Walinder, R., Ernstgard, 2005).

According to the National Institutes of Health (2013), some molds, although not all, can produce toxins Mycotoxins.

Mycotoxins can potentially cause some allergic reactions, respiratory irritations, coughing, and wheezing in some individuals. The most widely known and researched Mycotoxin is Aflatoxin.

Molds that produce Aflatoxins grow on stored grains, peanuts, and other crops.

Aspergillosis impacts the lungs of individuals with a severely weakened immune system, cystic fibrosis, and other chronic respiratory ailments (May & May 2004).

The health effects posed by mold exposure are complicated, and such an in-depth topic is beyond the scope of this blog post.

Therefore, individuals with mold-related health concerns should always consult their physician if they feel their health has been impacted by mold exposure.

Exposure to some molds can negatively impact your health.

However, the specific health impacts of molds and the MVOCs they produce are not fully understood, and research is still ongoing.

If you ever find mold growing indoors, the best thing to do is fix the source of the moisture and then remove all traces of the mold growth.

If you have excessive mold growth or growth caused by unsanitary water, it’s always best to call a mold remediation professional to help you resolve your mold problem.

In conclusion, mold spores are floating around and is everywhere outdoors and indoors.

However, mold does not become a major problem unless there’s moisture source and the ideal conditions for it to grow and infest your home.

If you ever must deal with mold in your house or any other place, it is best to consult mold removal experts for help.

Mold In Airbnb Rental: Here’s What I Did After Discovering The Infestation

Mold In Airbnb Rental: Here’s What I Did After Discovering The Infestation